So…we have completed one week using the READ SCRIPTURE APP beginning in the book of Kings. See my previous post for more information on this if you are just now joining us!

We open Kings to find that David has successfully reunited the 12 tribes, unifiying the Kingdom of Israel. Although David has a heart for God, like all people, he also has the problem of sin. It doesn’t take long for the rebellious heart of man to crumble and divide the kingdom once again.

David’s son Solomon (after the interference of Adonijah, another son of David) takes the throne upon his Father’s death. Solomon has a good start, with a heart that follows in David’s footsteps…desiring to love and serve God’s people. He asks for wisdom with honorable intentions, and God grants his request, beyond Solomon’s wildest dreams, blessing him with wisdom that exceeds all who are known.

Solomon prospers and makes preparations to build God’s temple, something David had longed to do. The temple is completed and the Ark of the Covenant is brought back and placed in the temple, and the “glory of the Lord” filled His house. Like his father David, Solomon had a weakness for women. God warns him, but Solomon follows his selfish desires accruing 700 wives! These ladies had a strong influence on Solomon, and he built altars “in high places” to their foreign gods. Not good Solomon.

Rebellion continued through the line of David with Rehoboam, Solomon’s son. The divided Kingdom (Judah in the south, Israel in the north) continued to war….enter Elijah (God’s prophet), who confronts the northern King Ahab. Like Solomon, Ahab is influenced by women…namely his wife Jezebel who worships Baal. Jezebel wears the pants in this family, and stirs up the pot of evil in the land. Elijah speaks truth, and Jezebel is out to “get him.” Eventually, in Chapter 19) we see Elijah flee in fear.

As Elijah gives in to doubt and fear, he ends up hiding in a cave. God mercifully speaks to him through the whisper of the wind. God is sovereign. God is powerful. God is righteous. God is merciful. God is love.

So….that’s a VERY brief summary of the week’s study:)

Are you following along? If you are, I’d love to hear from you! What has the Lord revealed to your heart?

I created the page below to put the Kings & Kingdoms in “order.” Hope it’s a help to you! 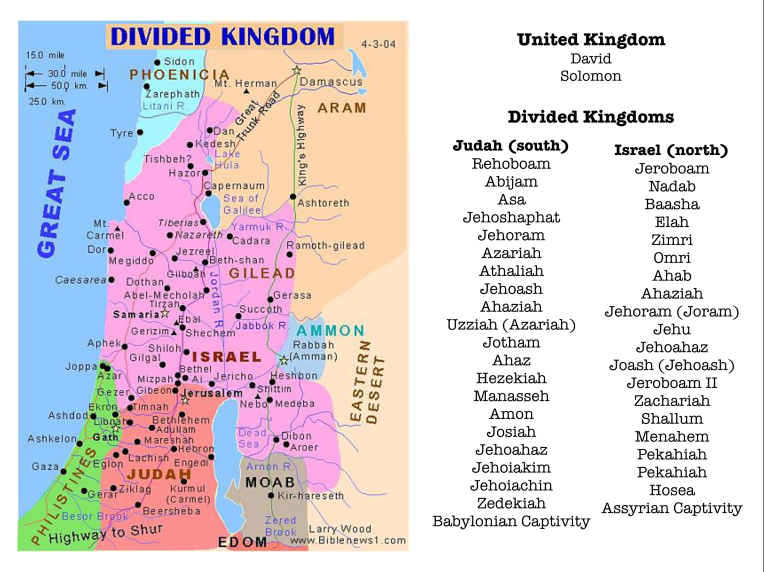 Below are two class projects. One from the reading/study material this week, and the next a preview into our reading/study for the week to come.

Like Elijah, if we are QUIET and lean in to hear the Lord speak, we will recognize His voice. He is faithful to meet us in our obedience with His presence and provision.

A peek below into next week, as we read about Elijah passing the “baton” to Elisha…the prophet who will ask for a Double portion of Elijah’s Spirit:) 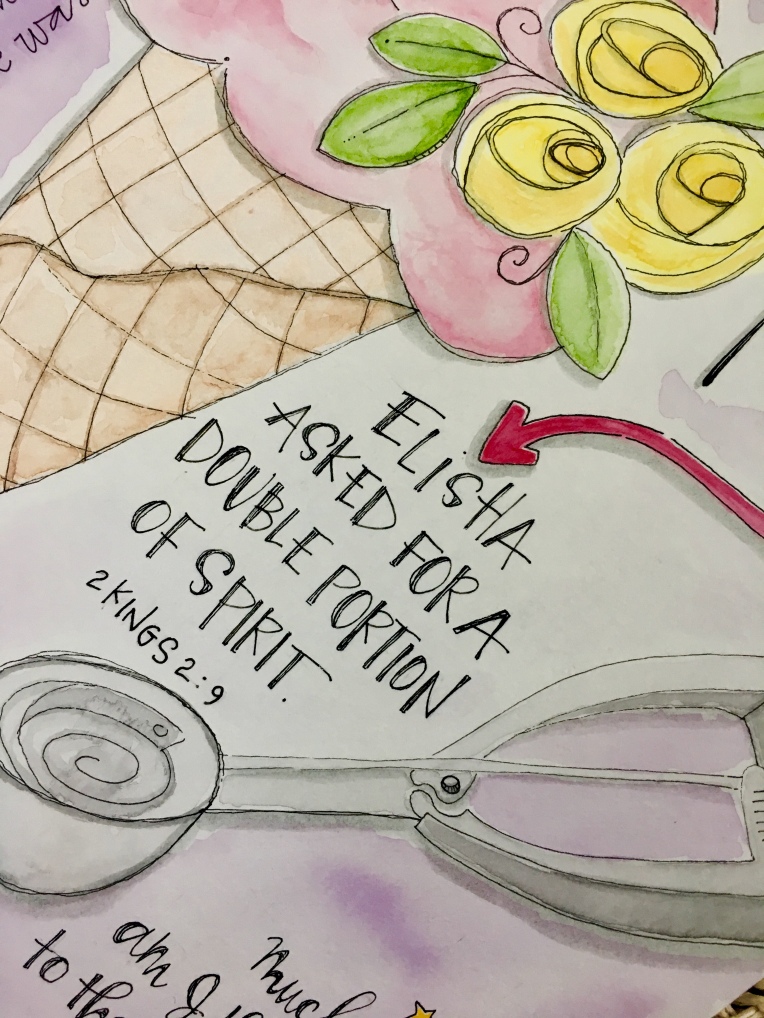 “How much of God am I transferring to the next generation?”

Below is an AWESOME teaching by Dr. Tony Evans (Priscilla Shirer’s Daddy!) on the passage above.

If you are interested in purchasing a journal to use for this study, or any other study you are participating in, click on my etsy icon and you’ll find it in my shop:)